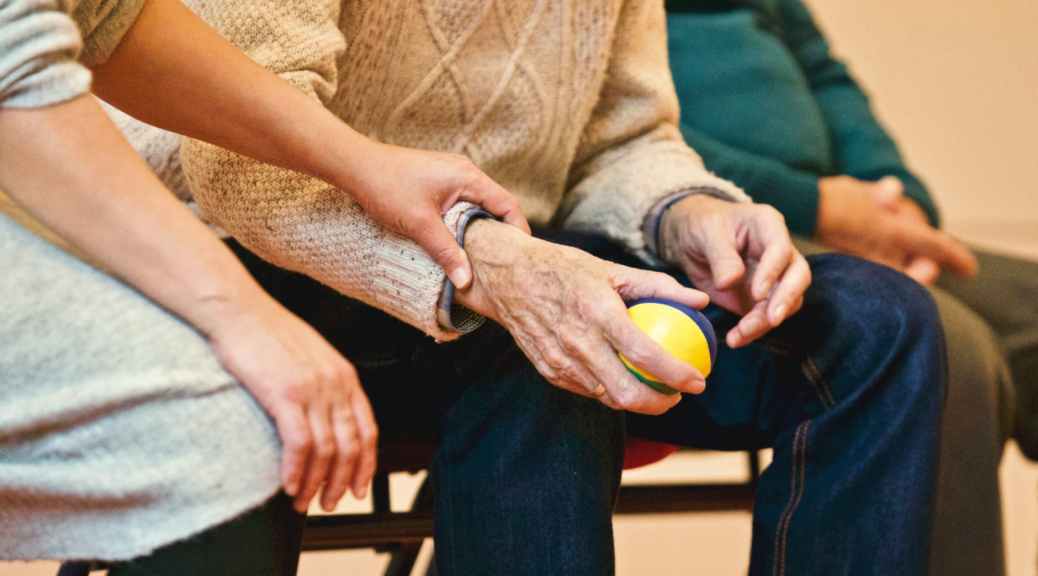 This blog post contains Amazon affiliate links. This means that as an Amazon Associate I earn from qualifying purchases. There is no additional cost for you, and it helps me to keep creating awesome content!

Living with Alzheimer’s disease or another dementia is a difficult experience for everyone involved. Watching my grandmother suffer from dementia during the last five or so years of her life was very painful. I was blessed that my grandmother was cognitively healthy until I was out of college, but unfortunately, there are children who have to witness the decline of an older loved one, often a grandparent. Reading stories about children who are going through the same thing might help these children to understand what Alzheimer’s disease or dementia will mean for them, their loved one, and the rest of their family. Below are some books that I thought captured the experience well.

If you have a loved one who has Alzheimer’s disease or another dementia, first of all, I am sorry for the pain you are going through. Secondly, you should know that you are not alone. Remember to take care of yourself during this time. Self-care is important, and some people find attending a support group to be helpful. You can find a support group, information about Alzheimer’s disease and other dementias, and resources for talking to kids and teens about them on the Alzheimer’s Association’s website. The Alzheimer’s Association also has a 24/7 Helpline (800-272-3900) that is available 365 days a year. Two other websites that contain information for caregivers are Caregiver Action Network (CAN) and Family Caregiver Alliance.

The Remember Balloons by Jessie Oliveros, illustrated by Dana Wulfekotte uses balloons to represent memories. It presents a good visual for what is happening inside the grandpa’s mind as his memories slip away.

Hugging Grandma: Loving Those with Memory Disorders by Zina Kramer, illustrated by Dave Messing starts by showing the loving relationship between the granddaughter and grandma, progresses to the grandma’s changes in behavior due to Alzheimer’s disease, and ends with the granddaughter finding ways to show love to her grandma.

Newspaper Hats by Phil Cummings, illustrated by Owen Swan is about Georgie’s visit to her grandpa in a nursing home. When she shows him a picture of her wearing a newspaper hat to try to get him to remember her, he says that he loves newspaper hats, and they make some together.

Forget Me Not by Nancy Van Laan, illustrated by Stephanie Graegin starts with Julia explaining what life was like when her grandma was well and then shows the grandma’s memory deterioration until she is moved into a nursing home.

What a Beautiful Morning by Arthur A. Levine, illustrated by Katie Kath is about Noah visiting his grandparents and noticing that his grandpa is behaving differently on this visit. The illustrator depicts the grandpa’s memory lapses by making the grandpa and whatever he is having trouble remembering gray.

Remember, Grandma? by Laura Langston, illustrated by Lindsey Gardiner is about Margaret and her grandma who has dementia and lives with her and her parents. At first, the grandma’s memory lapses are not bad, but as they get worse, Margaret has trouble relating to her grandma. In the end, Margaret realizes that her grandma’s memory is going away, but her grandma’s love for her stays strong, even though it is now expressed differently.

Remembering for Both of Us: A Child Learns About Alzheimer’s by Charlotte Wood, illustrated by Dennis Auth is about Tasha, who loves spending time with her grandparents, but struggles to understand why her grandpa is changing. After helping her grandma drop her grandpa off at adult day care for the first time, her grandma explains Alzheimer’s disease to Tasha. She also gives Tasha some ideas for how to help her grandpa and a way to remember that her grandpa loves her, even though he can no longer show it the way he used to.

Little Mamá Forgets by Robin Cruise, illustrated by Stacey Dressen-McQueen is about Lucy, who is aware that her grandma forgets a lot of things, but who focusses on the things that her grandma still remembers.

Grandpa’s Music: A Story about Alzheimer’s by Alison Acheson, illustrated by Bill Farnsworth is about the relationship between Callie and her grandpa, who has Alzheimer’s disease. The story starts with the grandpa moving in with Callie’s family, shows his memory’s deterioration through him forgetting how to do simple tasks, and ends with him moving into a nursing home. As the grandpa’s memory fades, his fingers never forget how to play the piano, and Callie is able to connect with him through his music.

Always My Grandpa: A Story for Children about Alzheimer’s Disease by Linda Scacco, illustrated by Nicole Wong is about Daniel’s visit to his grandpa’s house after his grandpa has been diagnosed with Alzheimer’s disease. Even though Daniel’s mom has warned him that his grandpa will be forgetful and that eventually he will not even recognize her and Daniel, Daniel does not believe that his grandpa will be any different. As the summer goes on, grandpa becomes more and more forgetful, and Daniel starts going through the fear and anger that comes with having a loved one who has Alzheimer’s disease. Daniel’s mom does a good job of talking him through what is happening to his grandpa and what he is feeling.

Merci Suárez Changes Gears by Meg Medina is about Merci who, in addition to struggling with the normal 6th-grade drama, can’t understand why her grandfather is behaving strangely and why she suddenly has to be home to care for the twins when her grandfather always used to do that. Merci battles the challenges at school and home until a life or death experience forces her family to tell her that her grandfather has Alzheimer’s disease. This book shows why it is important to talk to children about Alzheimer’s disease and the changes that it will create in family interactions and roles. I also like that the story ends on a hopeful note: life won’t be easy, but there are ways to reclaim some form of normalcy while living with and loving someone who has Alzheimer’s disease.

Just Like Jackie by Lindsey Stoddard is about a girl named Robinson who is being raised by her grandfather, who is suffering from Alzheimer’s disease. Warning: This book is raw. Other kids are also going through difficult family situations, and the kids display their stress in socially unacceptable ways including bullying and physical aggression. Both adults and kids swear because those words reflect how they really feel about the situations they are going through. This book is not about how to navigate Alzheimer’s disease and other difficult situations. Instead, it offers hope that despite life’s unfairness, there is a way to be okay.

The Secret Life of Lincoln Jones by Wendelin Van Draanan is about Lincoln and his mom, who have recently escaped from an abusive situation. In their new home, his mom found a job as a caregiver at a retirement home. Since she is a single mom, Lincoln has to spend his afterschool hours and part of his weekend at the retirement home among the residents. The book looks at Alzheimer’s disease and other side effects of aging from a different angle because Lincoln is not related to any of the residents. Other themes found in the book are bullying, domestic abuse, families drifting apart, escapism, and courage.

Roll with It by Jamie Sumner is about Ellie and her mother moving into her grandparents’ trailer to help take care of her grandfather, who has Alzheimer’s disease. Ellie’s struggles are not limited to the way Alzheimer’s disease is affecting her grandfather and the strain it is putting on the relationship between her mother and grandmother. She also has to integrate into a new school as the kid in the wheelchair who lives on the wrong side of town; navigate a complicated relationship with her father, who walked out on her and her mom; and come up with a recipe that will win the town’s pie Bake-Off so she can convince her mom that staying in this town is what’s best for her. The book shows how when life refuses to give you a break, you can keep going and find the good in the hard situations.

May reading lead to understanding and the knowledge that you are not alone,

This post is in honor of my grandparents: Gerrit and Margaret Betz (Pop-pop and Oma to their grandchildren). Oma and Pop-pop were married for over 50 years and loved each other even after death separated them on March 4, 2019. As Oma’s memory went, Pop-pop was her rock. She forgot his name, but she never forgot that he was her person.